Lions finish the season off with 48-14 victory 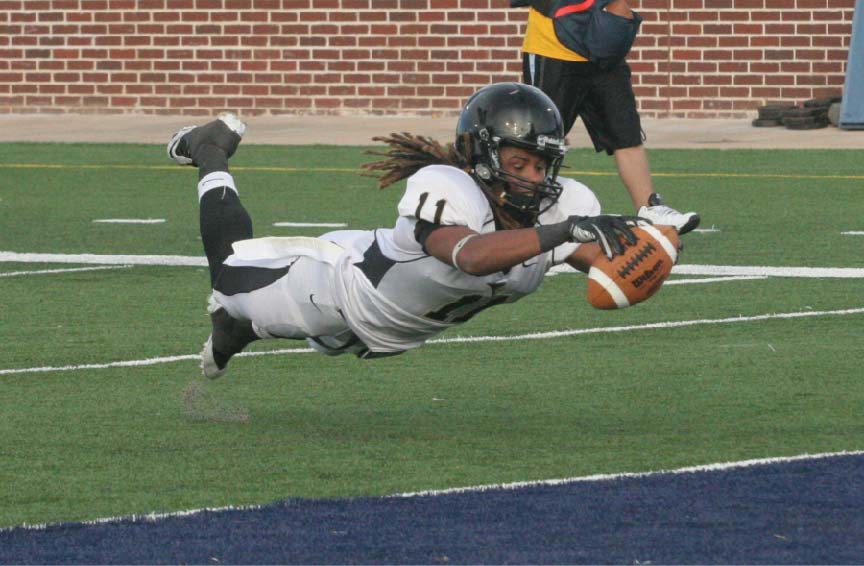 Steve Runge| Staff Reporter
In their final game of the 2011 season, the Lions boarded the bus for the 500 mile trek to Edmond, Okla. to square off against the Central Oklahoma University Bronchos.
The Lions ended the game with a 48-14 victory over the Bronchos.
Offensively, both teams were flat in the first quarter. However, the Lions defense was off the charts.
Malach Radigan reeled in an interception and a 26-yard return to the Bronchos 24. Although the offense failed to capitalize, several drives later, the Lions did finally score.
Defensive lineman Chaz Fulton pulled down an interception and took it to the house with a 57-yard run.
The Lions finally shifted the offense into the right gear after the first quarter as Lions quarterback David Ortega threw for 58 yards and two touchdowns.
Ortega connected with Thomas Stubbs for a 22-yard touchdown pass, and early in the third quarter to Alex Robinson with a 26-yard touchdown pass.
The Bronchos did put 14 points on the board in the third quarter with Bronchos quarterback Landon Greve, connecting twice with tight end Bryce Davis inside the red zone.
After their first score, however, Lions return man Andrew Helmick put the crowd back in their seats as he returned the kickoff 100 yards for a touchdown.
The Lions finished a very successful season with an 8-3 record.
They also experienced the final game for all of the graduating seniors.
More notably, a year without any post season play as the Lions’ transition into the Mid-America Intercollegiate Athletic Association continues.
“It was a good way to send our seniors off,” said Lions defensive end Sean Gracy. “They paved the way and laid the building blocks for our program to be successful in the future. We as a team couldn’t be happier to have given our all in one last battle with the team’s seniors.”
Lions runningback Marvin Byrd III echoed Gracy’s comments. “It was a great year,” Byrd said. “I loved playing alongside the seniors and couldn’t ask for a better group of guys.”