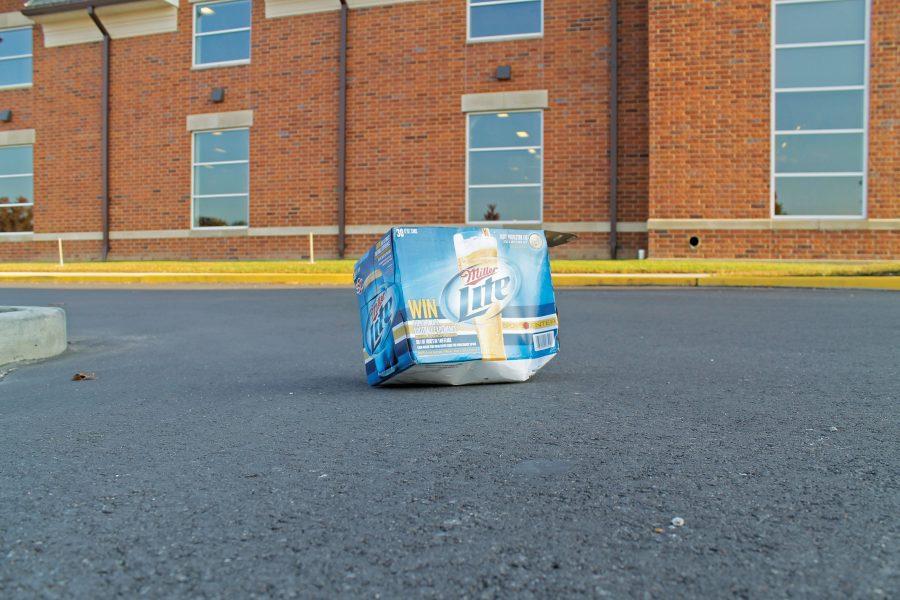 Lowe said that three incidents like this have occurred throughout the semester that she is aware of. “It seems to have leveled off lately, but at the beginning of the semester is when we would find it the most,” she said.
Even though Lindenwood is a dry campus, meaning that no alcohol is allowed on the premises, some students inevitably break this regulation. Not only are students leaving behind empty beverage containers in the Commons but they are also blatantly engaging in this behavior in front of staff.

The first incident occurred when two students were blatantly intoxicated. “Two students were obviously under the influence, and staff saw them throw alcohol into a trash can,” Russell said. “One of the GA’s (graduate assistants) was called down to the Intramurals office because one student was yelling at people and causing a scene.”
In this particular case, this was not the first offense for either student, and their actions resulted in dismissal from the university.

The second occurrence was when a male student threw away a bottle of vodka in the men’s room. “A staff member saw the student throw the bottle away in the trash can when he was exiting the restroom,” Russell said. “For this student, it was his third time to get in trouble for related incidents in just one week of school, so he was dismissed.”
Despite these two incidents, Russell said that they often do not see many events like this occurring. “Most likely we don’t get many cases like this because our policies are so strict,” he said. “Lindenwood is a dry campus. Everyone knows that, and it’s stated in the Handbook.”

Under the section in the Student Handbook entitled Alcoholic Beverages, it states, “The University administration and Board of Directors have instructed that alcohol be prohibited on campus…Student problems relating to alcohol and its possession and/or use will be brought to the attention of University authorities resulting in immediate disciplinary action, including possible dismissal from the University.”

When students are caught with alcohol, the typical procedure is that they are required to see Russell. “They always see me, and I make the final call on dismissal, but it really depends on the severity of the incident,” he said. “We have the options of counseling for students with a problem related to alcohol or drug use, but usually with the second offense they are dismissed from the university. Once again, this all depends on the severity of the problem, though.”
Russell also stated that dismissal is the last resort for disciplinary action, but there is an appeals process for students should they be dismissed.

As far as other buildings are concerned on campus, there have not been any reported incidents of alcoholic beverage use like those in the Commons. “We typically don’t find this alcohol problem in other academic buildings like Roemer, but we do find a lot of bottles in the morning on the track and the field behind it,” Russell said.

The bottles are often discovered in the early morning when security patrols the area or when the grounds crew is on duty. “We noticed that these two areas seem to be where many of the empty bottles are found, so we have increased security patrol of these spots,” Russell said.

Regarding the decrease of incidents as the semester progresses, Lowe believes the possible reasons for this could be the large amount of cameras in the Commons. “There’s over 90 cameras in the building alone, so every angle is pretty much covered,” Lowe said.

The cameras are linked by a new monitoring system installed in the Commons, which includes a live feed feature. “The recorded footage goes back up to 30 days where you can access any of that video,” Russell said.  “We typically don’t have someone watching the feeds 24/7, but if we need to go back and look at footage, it’s available.”