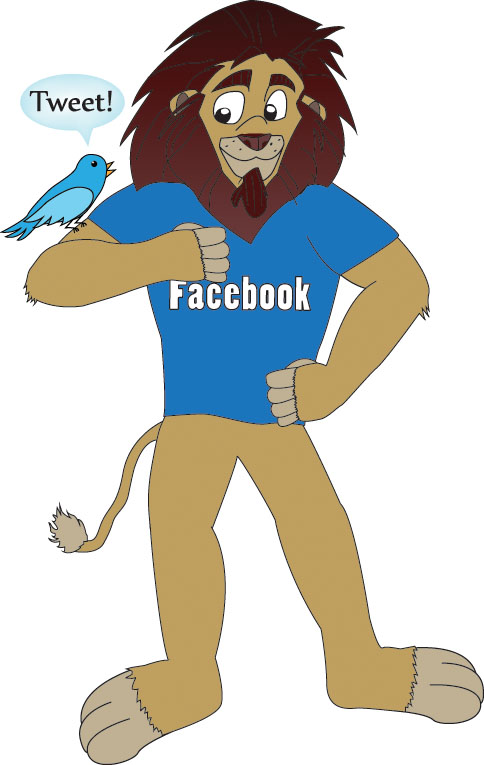 Social networks have moved well beyond the confines of person-to-person interactions. Companies and universities now have accounts they use to communicate the latest updates and maintain active dialogues with their subscribers. Lindenwood is not excluded from this ever-growing group and is pursuing new ways to expand and capitalize on its web 2.0 presence.
Beginning in 2009, the university established a social media task force to figure out exactly how they wanted to use the medium.  Since then, in addition to the main university accounts, 36 Facebook, 7 Twitter and 3 YouTube sub-accounts for organizations such as sports teams, clubs and individual schools have been created.
These accounts must receive university approval before going live and follow a set of established guidelines.  In addition, profiles are co-moderated by a member of the social media task force to ensure some oversight by Lindenwood.
Though the usual use of the profiles is to broadcast news, they also function to address specific concerns by students.
In October, U.S. News & World      Report published a story critical of the university’s handling of a student complaint received over Twitter. One of the university’s followers tweeted at Lindenwood about vehicles speeding on campus, to which LU responded, “Specific suggestions for improvement are always welcome.”

Lindenwood Communications Specialist Rachel Wilmes said, “It was in fact inaccurate from the beginning because we did respond to that student who made the complaint.”
Wilmes said specific suggestions were received and passed on to the appropriate parties.
She said that though students should feel free to contact the university’s profiles with concerns, “private issues can’t always be solved in a public form.”
Lindenwood does not have a designated social media department, and its many branches are handled by the social media task force consisting of Wilmes and Webmaster Jason Waack.
One of the newest additions to the social media presence is a mobile app that aggregates the university’s social media feeds into one location through a service called Crib Sheet.  As of Oct. 28, the app has been downloaded 3,356 times.
To download the app and view all the university’s social media pages, go to lindenwood.edu/social.