Turn off the phone 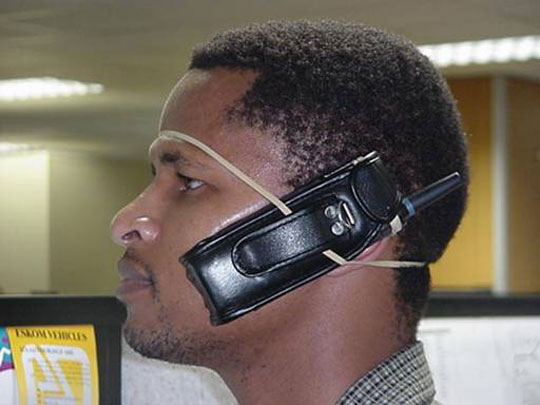 A running joke among my family is the Verizon commercial from a few years back. At the end, the father updates his Twitter feed: “I am sitting on the patio,” while he’s on the patio, talking to his kids. That line always gets a laugh. No one’s that bad. Are they?

Cell phones are more than for calling people. They offer on-the-go internet access. You can send text messages, picture messages, video messages, and voice mail. There are apps for wallpaper, games, Google maps, Facebook, music, shopping, Twitter, TV, dating, and weather. Whatever your heart desires, there’s an app for that.

It’s common to see people lounging in the Evans Commons and the Spellmann third floor hallway, engrossed in their phones, composing different keys with Mozart-like intensity. I’ve seen plenty of times where two people or a group of friends are hanging out together and fiddling with their phones, occasionally nodding to indicate they’re tangentially still there, their attention fixed on the phone.

At home, I’ve gotten used to having most of my sisters come to dinner and place their cell phones on their laps. I don’t bat an eye anymore with the sound of crunching text keys, the annoying synth-bell one of them has programmed to alert her an incoming message has arrived, or the whispers that they’ll call back later to a friend.

Cell phones have become an extra limb so much, it may as well be fused into our hands. I can check your phone for a palm reading. Want to play a game of Fortune Teller? Pull an app up for that.

I’m not well-versed in “life pscycle-ology”:

I still use the phone in my room for my calling needs. I have a Facebook account but  I only use it to keep in contact with family and friends.

I’m the only person in my family who doesn’t own a personal cell phone. I have an emergency cell phone but I still haven’t figured out how to activate the battery. I don’t own an IPad. I don’t see what I can do with it that I can’t with a regular computer.

I have an incremental knowledge of text messages. It feels like I’m hammering in a nail when I send a text. I only understand the basic LOLs, BFFs, TTYL, AML, IDK, IHU, and IYSWIM. I occasionally forget what some of those even mean.

What bothers me is when I’m hanging out with friends, they have their cell phones out and playing with it when I’m trying to talk to them. They’re half-distracted and not talking to me. They’re not even talking at me. They’re talking through me.

I understand that people need their cell phones for a convenient way to reach others. If someone needs to send a text message to find out where a friend is so they can meet up, that’s fine. If they’re expecting an important call and need to use text for business, that’s fine too. I’m okay with briefly checking the email inbox to see if there are new messages. But I don’t consider it polite when we’re just hanging out and you’re ignoring me to fiddle around with your cell phone. What’s the point of hanging out if you’re just going to ignore me?

I’m not saying to chuck your cell phone/Blackberry/Android in the trashcan.I love how easy cell phones are to use. Nothing to me, though, replaces honest human interaction.

Cell phones are a tool. They shouldn’t be on all the time. They’re not supposed to be wired into your mouth like braces. I hate to talk to someone whose voice is overlapped with crunching phone buttons.

I’m not calling cell phones evil. A cell phone’s not going to turn you into a zombie. I just don’t want to have an honest conversation with someone who looks like this: