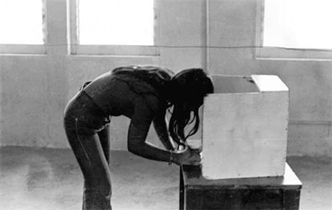 The Missouri primary on Tuesday is open to all registered voters in Missouri. It will be the first official look at the state’s preference for the 2012 presidential candidates.

The primary will be “open,” meaning voters can choose which party’s ballot they would like to vote on regardless of their affiliation.

Republican votes will not count in the primary as the caucus on March 17 will be the true determiner. Despite this fact, Republican Director of Elections of the St. Louis Board of Election Commissioners, Gary Stoff believes voting in the primary is a great way for citizens to express their opinions and possibly influence those who will vote in the caucus.

With the Republican ballot serving as more of a straw poll, some party leaders are predicting a low turnout.

“I don’t expect many people to come to the polls at all,” said Joe DeLuca, president of the Democratic Committee in Creve Coeur. “I don’t see any point to it.”

Stoff foresees a low turnout of Democrats as well as Republicans.

“On the Democrat side, we have an incumbent who is popular with the party, so that may discourage people from voting,” Stoff said.

John Gwalthey, president of the Democratic Committee in Airport Township, estimates a 15 percent turnout of Democrats, but slightly higher numbers for the Republican voters.

“A lot of people don’t realize there’s a lot more going on at the primary,” Gwalthey said. “It serves its purpose, especially in a challenger year. “

Though Missouri is trying to switch to a caucus system, Gwalthey prefers primaries.

“At the primaries, you hear the opinions of the everyday Joe, whereas the caucus is mostly those who are very politically active,” he said.

Gwalthey said the caucus system worked well in the past when it was used to educate the voters on the candidates and the issues. The advancement of technology has created more informed voters than in decades past, making primaries a more efficient way of choosing a candidate.

Unlike the Republican ballot, Democrat votes in the upcoming primary will count toward Missouri’s pick.

Three other Democrats will be on the ballot with Barack Obama. They are John Wolfe from Tennessee, Randall Terry from Washington, D.C., and Darcy Richardson from Florida. None of them have held a public office.

“Taking on an incumbent who is popular in his party is a very big undertaking,” Stoff said.

Many Democrats expect Barack Obama to be the final candidate. Richardson even explained in a T.V. interview that he doesn’t expect to win. He simply wants to bring certain issues into light such as the war in Afghanistan, Guantanamo Bay, and the rights of the working class.

For many voters, the economy is the number one issue on their minds.

“I think everybody’s concerned about having a job,” Gwalthey said. “It’ll be about who can put the people to work.”