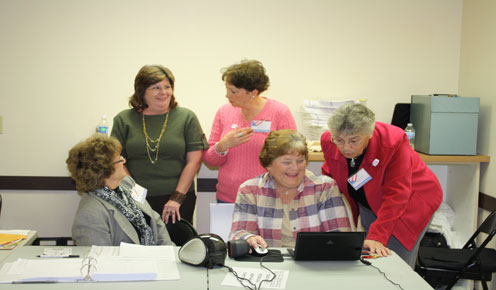 On the night of Feb. 7, Lincoln County voters gathered to vote in the Missouri Primary. The Democrat vote would determine the winner of the Missouri primary, but the Republican vote would only act as a straw poll.

The Republican voters that did show up primarily voted for Rick Santorum. Santorum would go on to win the rest of Missouri in an upset. In Lincoln County, some of those that did vote for Santorum were conscious of the event’s insignificance in determining the Republican nominee.

“I voted for Santorum,” Judy Hechler said. “But I knew it didn’t count. If it was a real race I would have voted for Romney. I feel like that’s the feel with most people in Lincoln County. Santorum’s just a little too young, and I don’t think he can beat Obama.”

Many on the side of the Democrats also realized that for them voting in the primary would not change the outcome of the race. Though Obama had three candidates running against him, none of them were expected to pose a threat to his presidency. This led many Democrats to not vote in the primary.

Due to pressure from the Republican National Party, Missouri decided to hold a caucus on March 17 to determine the Republican nominee, while still keeping the primary. This decision most likely affected the overall turn out of the event.

“It’s been a light turnout,” said Lincoln County Clerk Crystal Hall. “We are expecting a better turn out at the Caucus.”

For more information on Lincoln County or to contact representatives, visit http://www.lcmo.us/.