Guffey family ‘deans’ its way to a dorm dedication 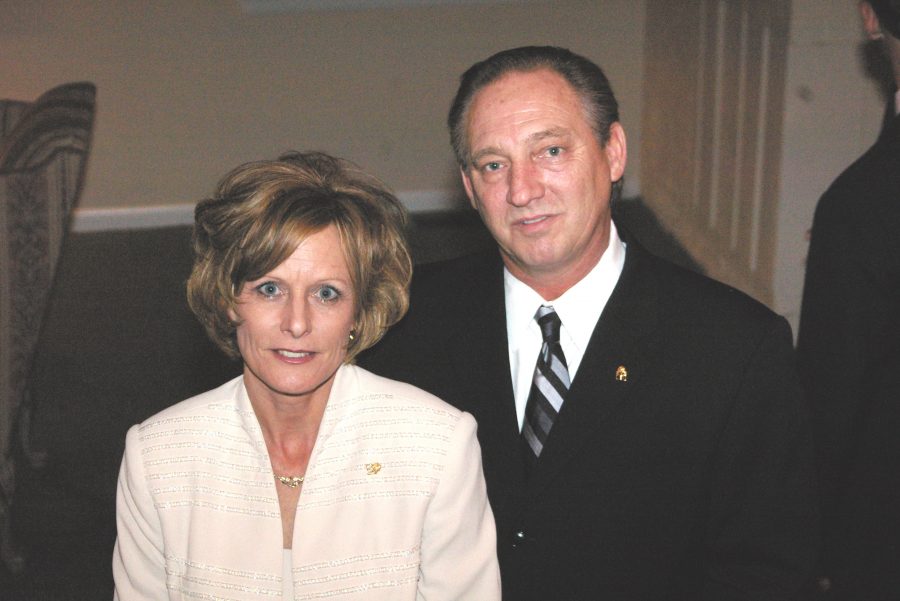 During the late ‘90s, a plan was put into place that at the time was the largest construction project in LU’s storied history.

The plan ultimately included two residence halls and what came to be known as the Spellmann Center.Ben Blanton, LU’s construction partner, was the first chosen to have one of the two dormitories dedicated under his name. The second went to a family, the Guffeys.

Both John and Sheryl Guffey were long-serving members of LU’s administration. Sheryl Guffey is the daughter of late-president Dennis Spellmann. The couple also has a son, Ryan Guffey, who is currently the assistant vice president for student development and special projects at LU.

“It was a recognition of the time and dedication spent on the greater good for the community, and to be part of that is what makes it so special,” Ryan Guffey said.
“The university had very humble beginnings and where its come to this point, being even one knot in that long line of people who have made contributions, it makes you feel great,” he continued.

Both John and Sheryl served multiple roles while at LU. The college operated under a different style at that time, using a system of more deans.

“My mom was dean of admissions and dean of campus life but my mom was more the specialist of student development, what we call it now, and my father was more admissions.” Sheryl also held roles as dean of students, assistant professor for and chair of the non-profit administration program, director of security for a while and director of facilities.

John Guffey served at different times as the dean of evening admission, and dean of day admission among other things related to the admission process, according to his son. John also served as the dean of financial aid.

Both Guffeys are now retired from LU, but their legacies live on at the university.