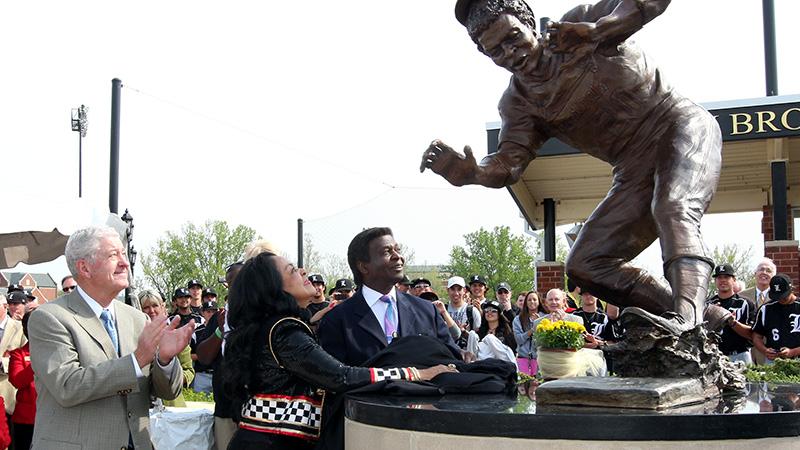 The Lions baseball team opened up the 2014 season with two wins this weekend, and the softball team’s home opener is this upcoming weekend. Neither program will play at home until mid-February. When the teams do return home, they will take the fields named after a St. Louis Cardinal great, the Lou Brock Sports Complex.

Brock spent 19 seasons terrorizing opposing pitchers at the plate and on the base path from 1961-79. Brock spent 15 seasons in St. Louis, coming to the organization in 1964 from the Cubs in what is considered to be one of the most lopsided trades in professional sports history.

The complex was completed in 2006 according to Hastings+Chivetta, the architectural company that designed it.
On April 11, 2011, a bronze replica on Brock was dedicated at the entrance to the complex. According to University records, many members of the team at the time and past players attended the dedication, including Albert Pujols.

Brock’s annual charity golf event, the Lou Brock Golf Classic, has benefited LU Athletics since 2010, while also contributing to the scholarship fund in his name. The first two scholarships were awarded in 1983, helping students out of his home state of Louisiana. It wasn’t until his wife, Jackie Brock, suggested hosting events to increase the endowment of the scholarship fund that it became as big as it is today.

Jackie Brock is a reverend in St. Charles, which is where the couple calls home. She also serves on the Lindenwood Board of Directors.