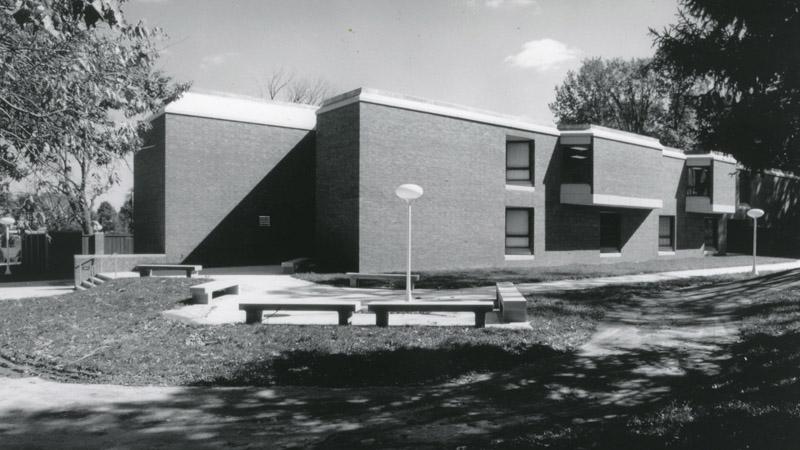 Raymond Harmon joined the Lindenwood board of directors in 1985. By this time, he had already accomplished so many much in his life. As the St. Louis Commerce publication article points out, by the age of 30 Harmon had already served under Gen. George Patton in the United States Army.

Together Ray and Grace Harmon would continue on a path of giving. Possibly the biggest contribution Harmon has given to society can still be seen today. The photographs that are taken of newborns in the hospital used to not occur.

In 1955, the Harmons purchased Identi-Foto in the Washington, D.C., area. The company First Foto came 10 years later, moving the head of operations office to St. Charles in 1977. Their main goal? Promote the idea of infant photography to different hospitals. Soon the trend caught on and the Harmons saw their company, HASCO International Inc., grow into something big.

More than 40 years later in 1999, HASCO’s revenue topped $100 million for the first time. The company employs thousands, including a branch in the St. Louis area. Getting back to the St. Charles area in the mid-70’s, Harmon was able to continue serving the community soon after.

Harmon became a member of the Greater St. Charles Convention and Visitors Commission, the YMCA board and the economic development commission.

He earned the 1997 St. Charles Chamber of Commerce “Citizen of the Year” award. All that aside, the Harmons still felt a pull towards helping out in healthcare. Grace Harmon was a charter member of the St. Joseph Health Center and St. Joseph Hospital West Foundation.

Grace also became the first vice president of the St. Charles Chamber of Commerce, among a handful of other board member positions. As for Lindenwood, the Harmons showed generosity to the college as well. In 1987, Harmon donated $100,000 to LU as a “challenge gift,” saying that he hoped it would inspire others to give as well.