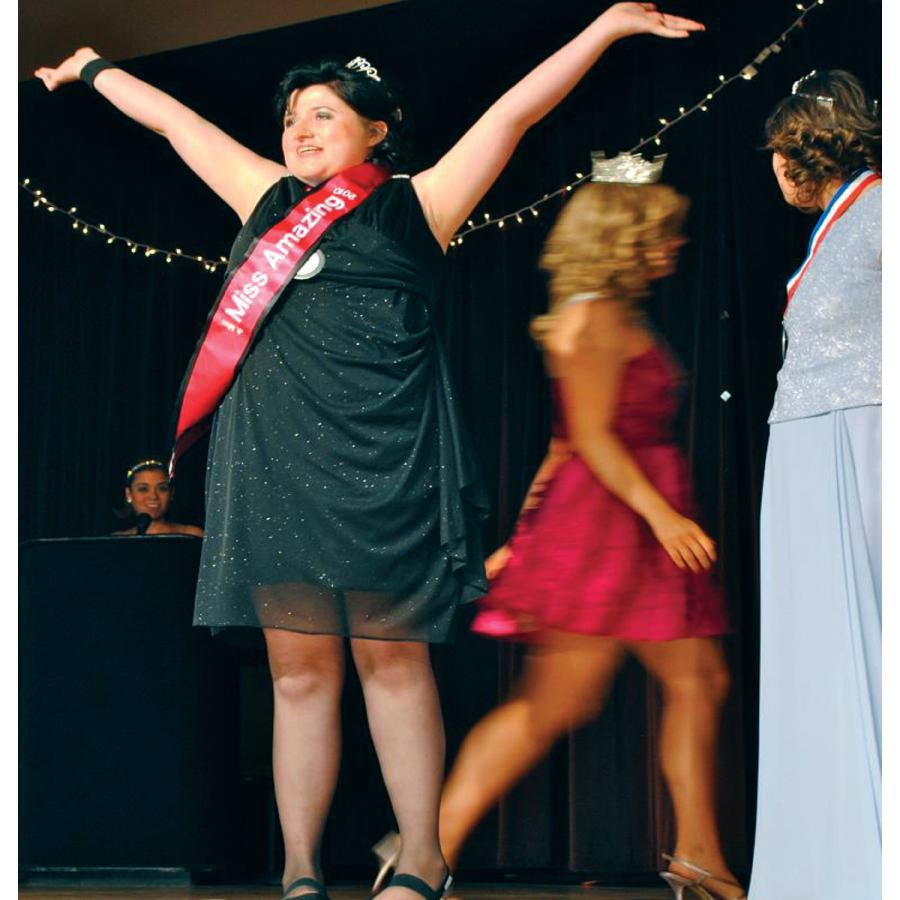 A young woman gets crowned as a Miss Amazing Pageant winner.

Lindenwood’s historic Jelkyl Theatre  in Roemer Hall will be home to the Miss Amazing Beauty Pageant this April, but this pageant is not so much like the ones typically shown on television.

The pageant, being organized by Ellie Lorenzen, is set to raise awareness of women with disabilities.

It is also meant to provide these women with opportunities that they would not normally have and to give them confidence to succeed.

The upcoming pageant will be the first ever Miss Amazing Pageant held in the state of Missouri. Most of the women involved will be from the community of St. Charles. Currently the states involved in Miss Amazing include Nebraska and Virginia, and Lorenzen stated that she hopes for a national pageant in 2013 which would bring the winners from all different age groups around the country to compete.

And it doesn’t stop with the girls either. Boys are also allowed to be part of the escort program where they have the opportunity to escort the contestants onto the stage. They will be awarded a medal during the final show.

“I am courageous. I am beautiful. I am able. I am amazing” is the motto of the Miss Amazing Group, and these are the traits which will be seen in action when the Miss Amazing Beauty Pageant arrives at LU.

The Jelkyl Theatre in Roemer Hall will open its doors for the Pageant on April 13-14, and the tickets will be priced at $10.

All profits will go to local organizations in the community and will also go towards next year’s pageant.