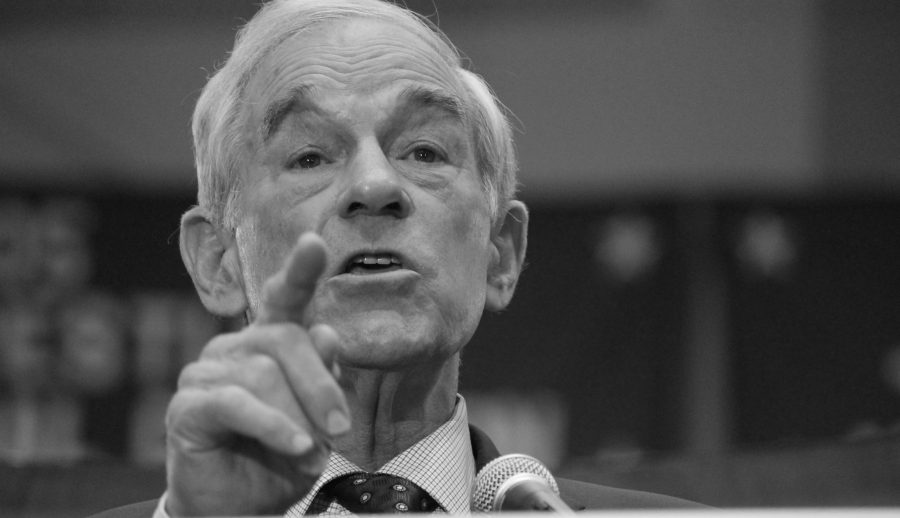 Republican presidential hopeful Ron Paul walked toward the podium in Hyland Area to the tune of loud applause from a crowd that looked to be about 2,500.When the crowd silenced, Paul acknowledged them by first saying that he appreciated them coming to the speech indoors, when it was so nice outside. He then stated that “we’re going to talk about something very serious, and that is the future of our country and what we can do about it.”

He then stated that he would be spending most of the time talking about what he stands for. But first, he wanted to reiterate what he was not for.

“I am not the candidate for the military industrial complex,” he said. “And I am not the first choice of Ben Bernanke or the Federal Reserve System.”

“And I am certainly not the first choice of those social and economic authorities who want to run our lives and run the economy,” he said.

He then went on to say that he simply wanted to be known as the candidate who is promoting the cause of liberty.

“It’s liberty that we need in this country, and that liberty can be restored if we send only individuals to Washington who’ve actually read the constitution,” he said.

He emphasized how we went from having the largest and wealthiest middle class 100 years ago to a lower number today.

He also put heavy emphasis on getting the nation out of debt.

“What we have to do is once again re instill in the hearts and minds of the American people the love of liberty and the love of producing wealth again and not the dependency on borrowing and spending and printing press money,” he said.

Special interest groups have been bailed out by the government, and he expressed how that was a big problem.

“What we need to do is cut spending. That is why the first year in office I plan to cut a trillion dollars,” he said.

Throughout this 45 minute speech, liberty was the main concept.

Change in foreign policy was also on Paul’s mind.

“Just think if we would have not fought one war since World War II. Since that was the last time we declared war, how much wealthier this country would be,” he said.

He expanded on his views of the recent wars as well.

“I can make one guarantee, one promise to you,” he said. “If I can be your president, I will not be fighting any unconstitutional, undeclared wars that we don’t need to be involved in.”

After his speech he answered a few questions from the crowd, including those from Lindenwood students. He then left the stage and held a short press conference for the media.