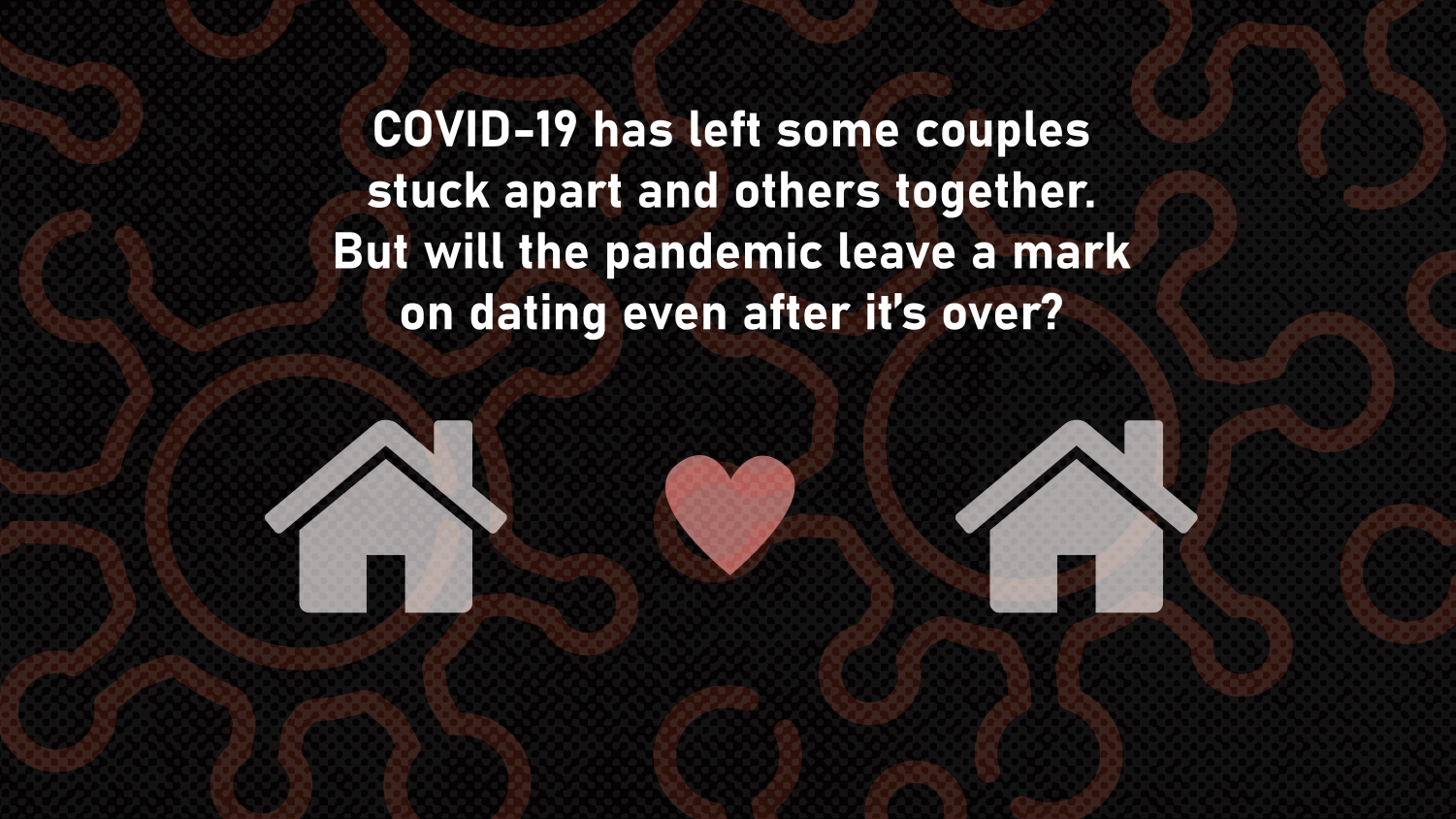 Coronavirus has changed the dating game – for couples and singles

The coronavirus has forced many couples into long-distance relationships, but it’s done the opposite for Erika Damerow, a junior at Lindenwood University.

Originally, Damerow didn’t plan on moving in with her boyfriend until the summer. However, a world-wide pandemic sped up the process.

Damerow said she and her boyfriend have dated long-distance for a few years and were used to constantly being on the go, rather than at home for this long. But, the transition has been smooth for the pair so far.

“I think we’re handling this change pretty well, getting used to each other’s routines and habits,” Damerow said.

Her boyfriend, Issac Wright, a Kansas State University student, said he’s thankful that they’re able to be together

“I appreciate the things I took for granted more so now than ever,” Wright said. “I wouldn’t say it has been hard, but my cooking has improved.”

As a bonus, Wright said, the pair’s communication has improved.

“This is new for us because we were long distance prior to this,” Wright said. “I think it has benefited us.”

However, it may be difficult for some individuals to grow closer in confined living spaces for too long, Suzanne Stoelting, an associate professor of psychology and sociology, said.

“Even on vacations, when families and partners are in close quarters with one another for an extended period of time, tensions rise,” Stoelting said. “This mostly comes from our ‘busy’ society and culture that we are currently living in.”

The global pandemic has taken a demonstrated toll on some long-term relationships. For instance, in China after the lockdown restrictions were lifted, divorce rates rose to an all-time high in some cities, according to Business Insider.

Rebecca Foushee, a Lindenwood psychology professor, said disruptive events have triggered divorces in the past. In fact, she said, experts are already expecting a surge once stay-at-home orders have been lifted.

When stressors are piled on, it’s not shocking that many relationships will crack.

“We know that divorces went down during the Great Depression and World War II, but then surged afterward, which suggests that they were simply postponed until after each crisis had passed,” Foushee said.

But what about those who only recently started forming a connection with someone, only to have it snuffed out by a global pandemic?

Jenna Biagi, a junior at Lindenwood, went on a first date right before the campus was shut down.

As for the future, how will COVID-19 affect dating even after quarantines are over? Will first date impressions include a mask?

Biagi said she expects that even after quarantine, people will be hesitant to go out with people they haven’t met in person before.

“I know that I would go on dates with people I already know, but not anyone that I met online,” Biagi said. “It’ll definitely take me a while and I think a lot of people awhile to get back to dating because the virus will still be around and meeting new people just increases your chance to get it.”

Foushee said that while this is hard to foresee, social interactions will inevitably be changed when people return to the outside world.

“It will likely take some time, for example, before most people feel comfortable going outside without a mask,” Foushee said. “At the same time, I think most people now recognize, more than ever, that actual, physical interaction with each other is important.”

Damerow said she believes COVID-19 won’t leave a permanent impact on dating in the age of cellphones and social media.

Stoelting said that many relationships are already adapting to a coronavirus world with the help of the Internet.

“While individuals are not able to physically interact, touch, or even see their loved ones, because of modern technology, a vast majority of those who are ‘sheltering in place’ are having more interactions virtually than they would have in ‘normal circumstances’,” Stoelting said.

“More individuals are calling to check in on friends and family members because of COVID-19,” Stoelting said.  “So, despite the lack of physical interactions, the tremendous amount of virtual interactions have hopefully fulfilled the human need of interaction. Again, a good deal of this we owe to modern technology, which is something to consider as we compare this pandemic to the flu pandemic of 1918, when folks were not so lucky.”

While Stoelting said it’s hard to say exactly how relationships and interactions will be impacted from COVID-19, our society will be different after this.

“I could see individuals being more cautious about physical touching or interactions for a period of time and given many employees have become more comfortable with virtual interactions, those could become more common,” Stoelting said.

While COVID-19 has locked down thousands and tested relationships — both new and old — Stoelting said people have proven resilient in the past.

“I think one thing history has taught us is that for any natural disaster, catastrophe, war, or economic bust, we have and we will recover.”